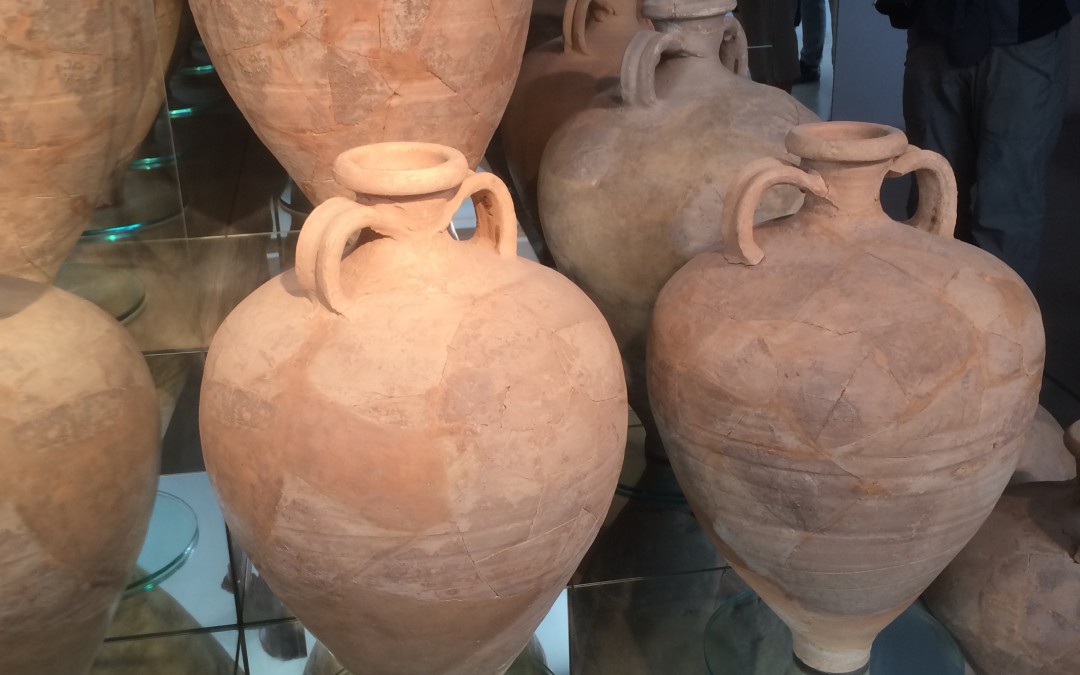 We called this day Roman as we visited  an important site – the Museum of Amphoralis near Narbonne, where one of the largest industrial production of amphorae, roof tiles and household earthenware, was situated.  During out guided tour, we were greeted by Helène Serrano – a specialist in roman wine and her neice who actually makes wines to the traditional Roman recipes – vin antique as it is called.  We tasted this wine in different areas of the museum, while learning all about the fascinating methods of production and why this site was so successful and important (natural resources of wood and clay, vineyards, naviagable waterways).  Lunch was in the reconstructed workers house and of course we had a Roman lunch based of real roman recipes of the day.  Romans used to eat alot of sweet and sour together and the main course of a game stew was flavoured with dried fish sauce, aniseed and other delicious flavours.

We returned to Limoux relataively early as dinner was at a local wine merchants, where we were entertained by friends of Jean-Luc – on accordion and guitar – with contributions from Jean-Luc on vocals and of course Richard who was itching to join in  – he has wonderful tenor and singing in French poses no problems for him!.  Dancing and singing all round, of course accompained by local wines and tasty canapés – another memorable day over.